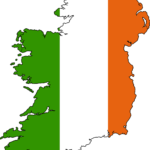 Brexit is on the way – and already some big businesses are planning to move staff out of London to other EU countries – with Ireland being one of the popular choices.
JP Morgan announced their intention to move hundreds of London banking jobs to Dublin after Brexit. The numbers moving could grow even more depending on the final outcome of Brexit negotiations.

The most popular destiantion for banks seems to be Frankfurt and Dublin  Standard Chartered , Goldman Sachs and Morgan Stanley are looking at moves to Germany while Barclays said they will be  moving as many as 150 staff to the Irish capital.

Ireland’s low 12.5% corporation tax  and the fact that it will be the only English speaking country left in the EU after Brexit, are both attractions to big businesses.
For the financial services sector – they will need to have access to the European market and they will need a jurisdiction in which they can do that.

There are probably many companies that are quietly moving jobs to Ireland without making any announcements.