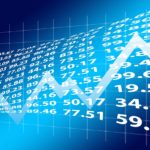 The Irish economy is showing good signs of continuing recovery.

In 2016 real GDP grew by 5.2%, well above the euro area average.  The  European Economic Forecast said that some of the impressive headline GDP figures are still heavily distorted by the activities
of large multinationals . However , domestic activity appears to have been strong, driven by growth in the labour market, consumption and construction investment.

Brexit and the Trump presidency  will bring about some uncertainty  – with the final outcome of negotiations between the UK and the EU, as well as potential changes to US tax and trade policies, to which Ireland is highly exposed.