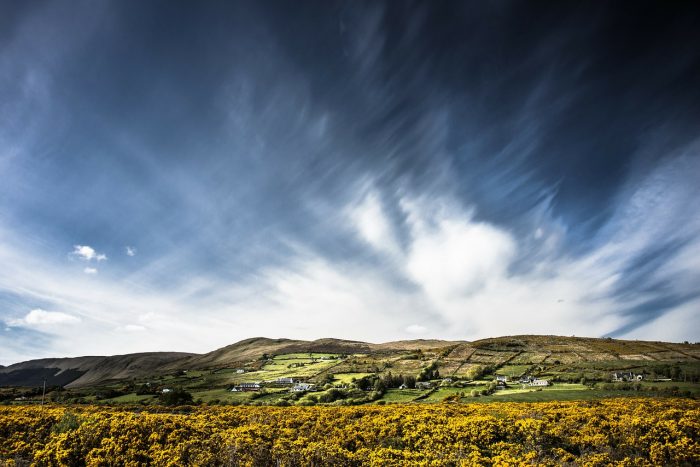 The Fields of Athenry is probably one of the most widely sung songs at socccer and rugby matches in Ireland , Scotland and England.
The Irish soccer supporters sang it loud and clear at Euro 2012 even when they were losing 4 nil to Spain.
Celtic FC fans sing it as well as Irish Rugby supporters .

The song  The Fields of Athenry  is really about the Irish Famine of the 19th century. It was written in the 1970’s by a man called Pete St John. The song was released by Paddy Reilly in 1983. and remained in the Irish singles charts for 72 weeks.
Athenry is a small town in County Galway in the West of Ireland.

By a lonely prison wall
I heard a young girl calling
Michael they are taking you away
For you stole Trevelyn’s corn
So the young might see the morn.
Now a prison ship lies waiting in the bay.

By a lonely prison wall
I heard a young man calling
Nothing matters Mary when you’re free,
Against the Famine and the Crown
I rebelled they ran me down
Now you must raise our child with dignity.

By a lonely harbour wall
She watched the last star falling
As that prison ship sailed out against the sky
Sure she’ll wait and hope and pray
For her love in Botany Bay
It’s so lonely ’round the Fields of Athenry.